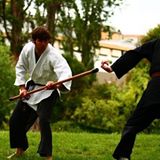 Growing up playing rugby and surfing Travis’ parents didn’t want him doing martial arts, despite his love of Bruce Lee, other than a small bit of wrestling at Orewa College.

When he shifted to Waikato University he began training at Incorporated Martial Arts (IMA) in Hamilton. After completion of his studies, he shifted back to Auckland where he was fortunate to come under the instruction of Sensei Michael Gent.

It was during this time that Travis first met and trained with John Will. When Travis shifted back to Hamilton he was a Brazilian Jiu-Jitsu blue belt and was fortunate to link up with Errol Watson and Phil Beale who had set up Ground Control Hamilton under Michael Fooks. Travis trained and competed with this group for many years moving through the ranks to brown belt and medalling in regional and national competitions.

In 2015 Travis shifted to Waitetuna and after a few years of commuting to Hamilton for training decided to explore setting up a BJJ community in Raglan where once again he had the good fortune to link up with Dr. Nate Marshal, Rakai Rewharewha, Dai ‘Jitsu, Andrew Higgins, and several others. This group formed the foundation of Whaingaroa Brazilian Jiu Jitsu.

In 2017 Travis was awarded his black belt by John Will

Andrew began his martial arts journey at age 17 when he joined Chidokan Karate School in Auckland. He trained for 2 years in old school Karate and loved it. Martial arts was then on hold for some years until in his 40’s he commenced boxing and Muay Thai kickboxing with Master Tan in Hamilton. 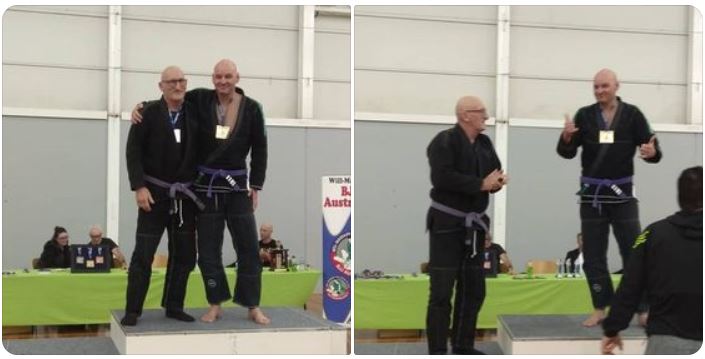 Andrew was very impressed with the camaraderie and ethos of his BJJ coaches. BJJ has become part of Andrew’s life. When Andrew he shifted to Raglan he continued training with Travis Browne who had shifted to Waitetuna. Together they and Dr Nate Marshall began training in Andrew’s shed at Te Mata, Raglan. This later evolved to a meeting with Rakai Rewharewha who had established connections with the Whaingaroa Whenua Trust. Rakai had fundraised to secure mats for training and was a founding member of RaglanBJJ. Rakai helped to secure a training space at the Kokiri.

Andrew received his Brown Belt in 2020. Training in martial arts since the age of 7 by starting off with Goju-Ryu Karate Do under Sensei Gerd Richter at the Shu-Ha-Ri Training Center. Transitioned into boxing and kickboxing at age 18 at Boxring Wittenberg under Rainer Smokefoot

Currently training under Carlo Meister at Core MMA as a member of the mixed martial arts competition team.