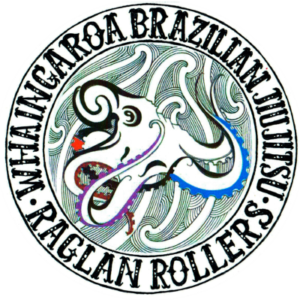 Our Tohu or logo represents Te Wheke or the octopus, our sacred Mount Karioi and the waves of the wild West Coast. This combines with the legs of the Jiu Jitsu journey to becoming a black belt.

Octopuses have three hearts. Two of the hearts work exclusively to move blood beyond the animal’s gills, while the third keeps circulation flowing for the organs. The organ heart actually stops beating when the octopus swims, explaining the species’ penchant for crawling rather than swimming, which exhausts them.

The relevance of the three hearts lies within the discipline of Jiu Jitsu and its flow in to the path of our life. Our hearts are represented as;

Octopus arms have a mind of their own. Two-thirds of an octopus’ neurons reside in its arms, not its head. As a result, the arms can problem solve how to open a shellfish while their owners are busy doing something else, like checking out a cave for more edible goodies. The arms can even react after they’ve been completely severed. In one experiment, severed arms jerked away in pain when researchers pinched 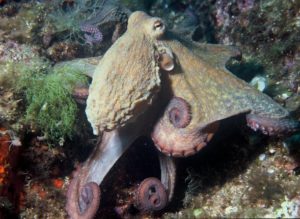 The art of Jiu Jitsu demands a conscious awareness of each of our limbs and the state of our body. We seek awareness while grappling our opponent. This extends to the  joy, triumph and struggle of life.  We embrace the puzzle and challenge for we know we can solve all problems with persistence and discipline.